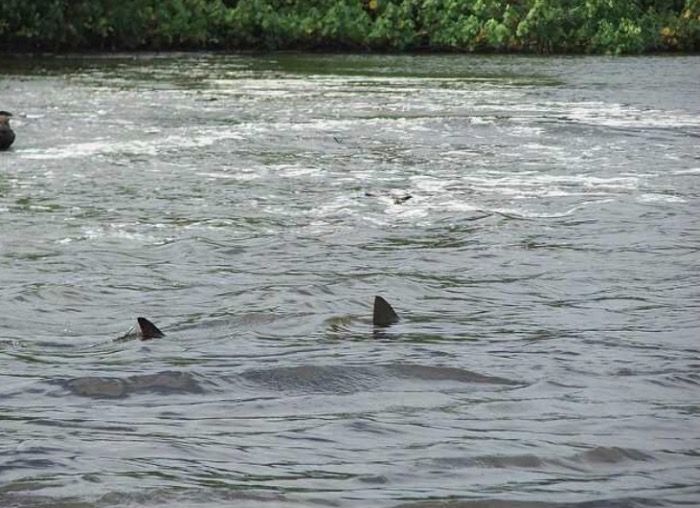 This past Friday, May 21st, there was a shark sighting near the Sipsey Fork area of Smith Lake. The couple that snapped the picture, of what it looks to be 2 young freshwater bull sharks, were interviewed by WHNT News 19. "...At first I thought they were just floating logs, but then when we got up closer, I couldn't believe my eyes." says one of the witnesses. Further investigation will be done by the Smith Lake Marine Police and other local wildlife officials.