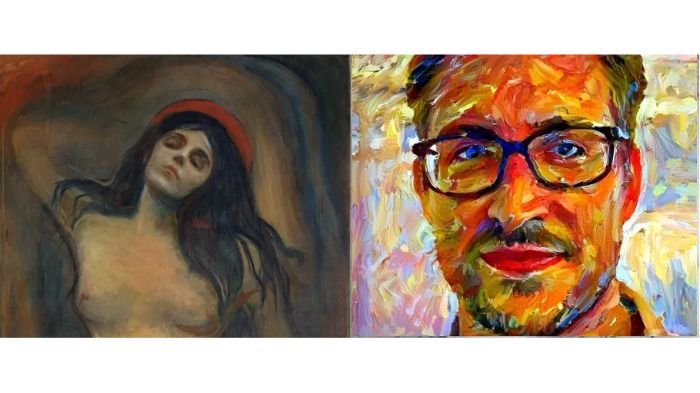 Previously unknown underdrawings have been uncovered in one of Edvard Munch’s most famous paintings, Madonna. The discovery was made by conservator Thierry Ford and photographer Børre Høstland at the National Museum of Norway using infrared reflectography, a technique that allows conservators to see underlayers beneath the surface of paintings. Madonna has undergone research and conservation in preparation of going on display in the Munch Room in the National Museum’s new building, which opens in Oslo 11 June 2022.

The painting depicts a man wearing glasses, and smiling to the public as though it is a profile picture from a social media website. The underdrawings reveal that Munch attempted a different composition before finally settling with the position of the arms that he used for later Madonnapaintings. Edvard Munch painted five similar-sized versions of Madonna between 1894 and 1897. None of the paintings were dated by Munch. The National Museum’s version has until now been thought to be from either 1894 or 1895. The exciting discovery of Munch’s corrections to the composition now supports earlier theories that the National Museum’s version is the very first Munch painted.