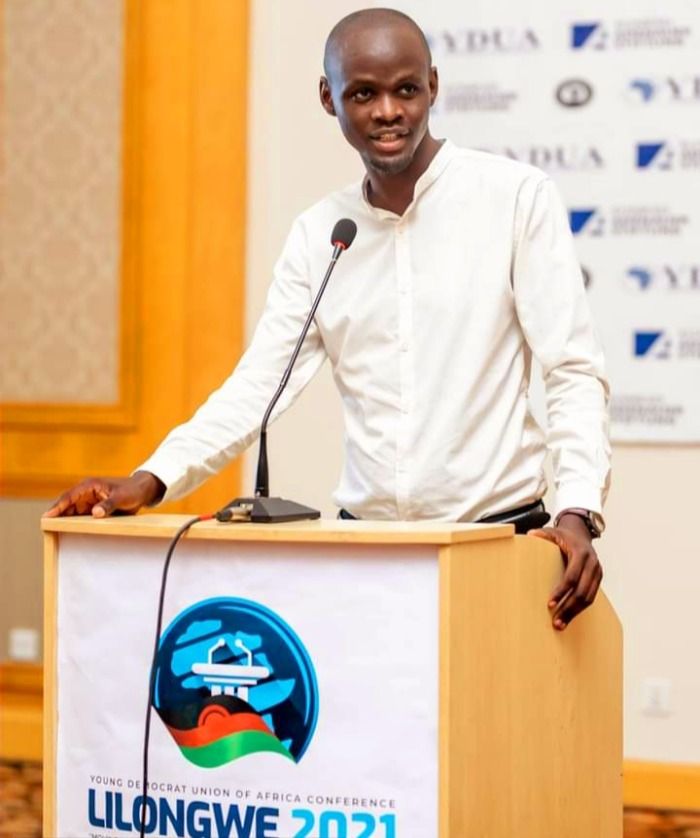 Going by his following and way to influence political dialogues, there is no doubt Joseph Kalimbwe has become is one of the most influencial and rising stars in African politics. But who where did he start ? News17 went to find out from those in the know.

It is believed Kalimbwe is a close ally of Zambian President Hakainde Hichilema, who leads the United Party For National Development where the young Kalimbwe is Information and Publicity Secretary. Our sources tell us Kalimbwe was educated through the financial support of Hichilema at the University of Namibia. They first met at a debate in high school where Kalimbwe, an orphan whose parents both died when he was 4 caught the eye of Hichilema who offered to support him.

Following the UPND's rise to power Kalimbwe has become a rising star not just Zambia but also in the politics of the region. Gaining influence through his support for democracy. But that political stardom has also gained the 29 year old Kalimbwe the love and support of powerful figures in the world, the Americans who has since funded his efforts to unseat presidents whom they perceive to be dictators. At 29 years old, Kalimbwe is said to have gained wealth of almost half a million dollars over the past months. Our sources claim he could be worth $500 000. But how did he get there?

Kalimbwe is close friends with Hopewell Chinono, a very popular Zimbabwean activist with connections across the world. Like Hichilema, Kalimbwe has since been connected to that network of riches through American support. His boss was an Anglo American executive in the 1980s which led to him becoming the richest man in SADC at the time. Kalimbwe is also believed to have bought a fancy home in a flash Lusaka suburb a few months ago. Whether his intentions are right or not, it is seen that the young 29 year old is being prepared to one day take charge of the Southern Africa nation hence the massive support and funding the Americans are investing in his life and political career.

We will continue to monitor his activities.