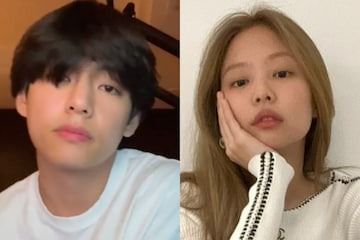 BLACKPINK's Jennie and BTS's V have been swept up in dating rumors.

On April 2, news outlet TV Report said that the two have been dating for several months.

Taehyung’s birthday is December 30, and Jennie's birthday is January 16, and according to the report, they invited friends and celebrated their birthday together with a party on January 10.

In response, V's agency Hybe Entertainment commented, "It is difficult for the company to confirm the artist's personal life. We ask for your understanding."

BTS are getting ready to release their new album "Proof" on June 10th. But also BLACKPINK will have comeback on September 16th with new album "Born Pink"