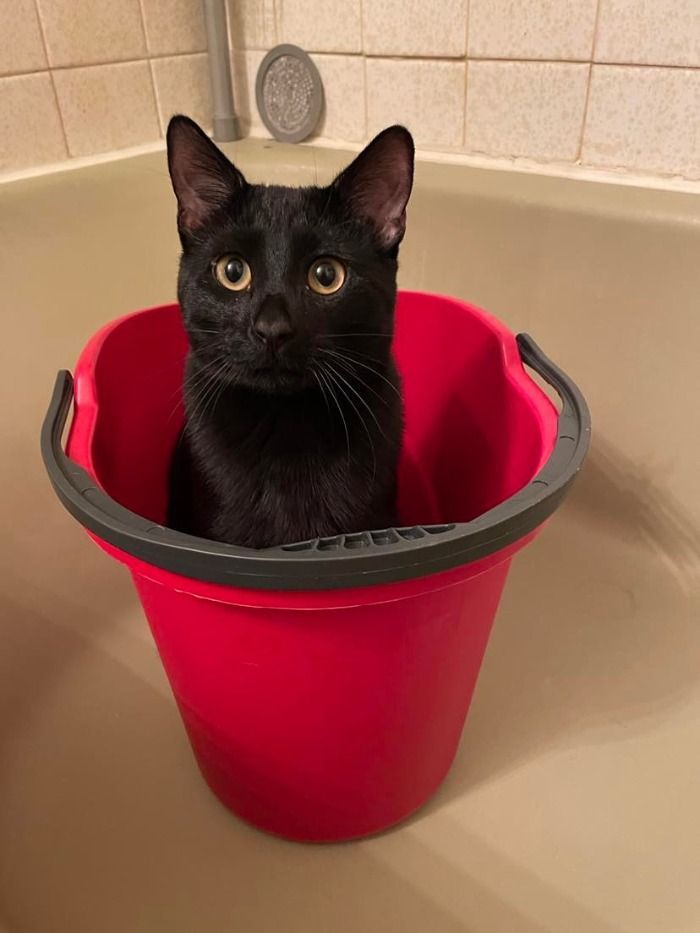 The horrible Ukraine crisis dialogue has been halted due to an insensitive facebook post of cat inside of a bucket. As the Mariupol theatre bombing death toll surpasses over 300 civilians, and Russia's unrelenting military force persists at dominating the war torn country, facebook user "Jason Keech" has uploaded a photo of a black cat inside of a red bucket in an attempt to distract onlookers of the horrors going on throughout the world. Keech, 44 from Loves Park IL claims he does not subscribe to President Vladimir Putin's Anti-Nazi propaganda, yet still uploaded the image to social media amidst a planet on the verge of World War III. The black cat (pictured) refused to comment on the situation, which many have tweeted is "just as bad." The hashtag bucketcatlovesputin has gotten over 5,000 retweets since Monday, and a new TikTok trend has teens putting red buckets over their heads in protest of the animal as a way of showing support for Ukraine.

If you would like to help donate to the crisis in Ukraine and help keep the conversation going, please visit www.icrc.org/en/donate/ukraine or you can sign the petition for facebook to remove the offending image by visiting www.ipetitions.com/petition/remove-the-bucket-cat-now